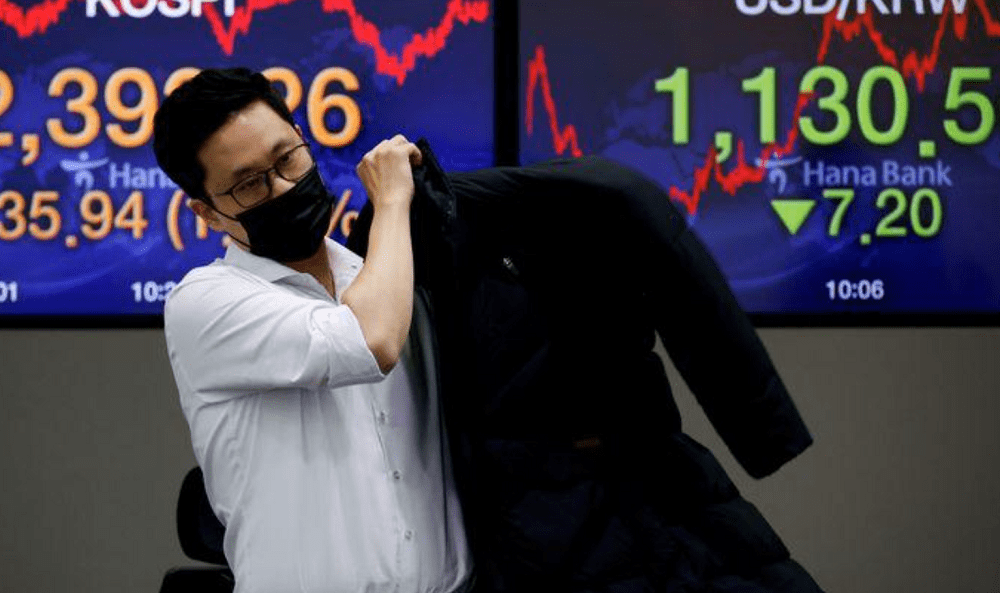 Euro Stoxx 50 futures fell 0.03%, German DAX futures were up 0.03% and Britain’s FTSE futures were up 0.18%, pointing to a subdued start to European trade. Investors are betting that the incoming Biden administration would ramp up U.S. distribution of coronavirus vaccines and spend big on more stimulus, which will contribute to a global economic recovery and increased demand for commodities, analysts say. Hugh Young, head of Asia Pacific at Aberdeen Standard Investments, said he expected the investor interest in Asia seen in the second half of 2020 to be sustained this year.

On Wall Street, stocks fluctuated near unchanged for the session, not far from record highs. The Dow rose 0.19%, the S&P 500 gained 0.04% and the Nasdaq Composite added 0.28%. U.S. West Texas Intermediate (WTI) rose 1.13% to $53.81 a barrel, reaching the highest since February after a larger-than-expected decline in U.S. crude inventories. Brent crude rose 1.27% to $57.30. Oil prices were also supported after Saudi Arabia said it plans to cut output by an extra 1 million barrels per day in February and March. Some investors were monitoring developments in Washington after at least three Republicans said they would join Democrats in a vote expected on Wednesday to impeach President Donald Trump over the recent turmoil in the U.S. Capitol.

With seven days remaining in his term in office, Trump faces impeachment over accusations that he incited insurrection in a speech to his followers last week before hundreds of them stormed the Capitol, leaving five dead. Trump says his speech was appropriate.

An impeachment trial could proceed even after Trump leaves office on Jan. 20, but analysts say they don’t expect any further political turmoil in Washington to affect markets.