By
Share
Asian shares vaulted to record highs on Friday and Japan’s Nikkei hit a three-decade peak as investors looked beyond rising coronavirus cases and political unrest in the United States to focus on hopes for an economic recovery later in the year. European share markets were set to follow Asia higher, with pan-region Euro Stoxx 50 futures up 0.77%, German DAX futures up 0.83% and FTSE futures up 0.46%. U.S. S&P 500 e-mini stock futures also pointed to a cheery open on Friday, rising 0.51% to 3,815. 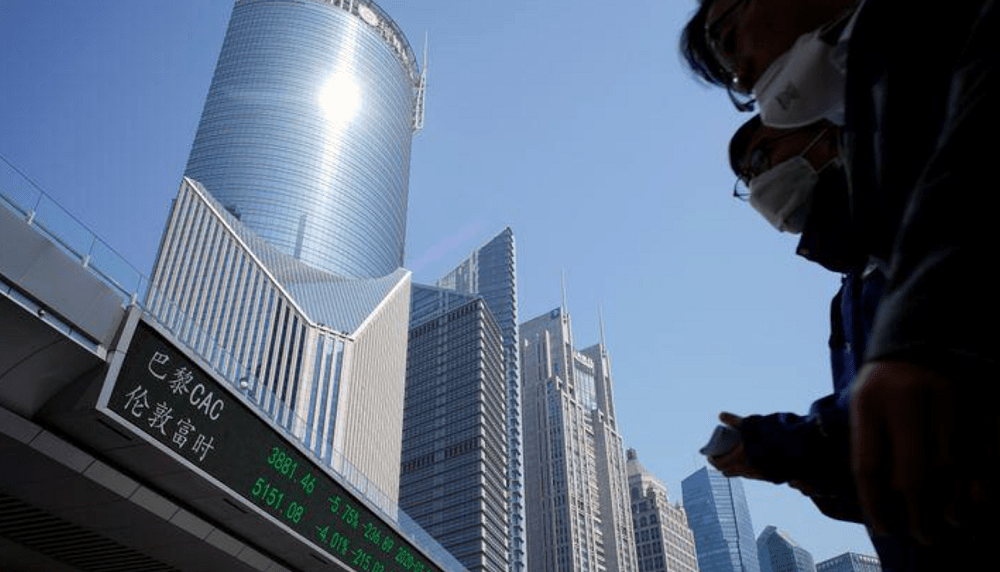 The upbeat mood came after Wall Street hit record highs on Thursday while bond prices fell as markets bet a new Democratic-controlled U.S. government would lead to heavy spending and borrowing to support the country’s economic recovery. “Market participants are fairly optimistic with how things are progressing, whether it’s in the political landscape, particularly of course in the United States the potential for more stimulus certainly is a boon to the economy,” said James Tao, analyst at CommSec in Sydney.

“You’ve got the vaccines now coming through, getting the approvals – it’s all happening pretty quickly,” he added. The buoyant mood lifted MSCI’s broadest index of Asia-Pacific shares outside Japan up 1.56%, touching a record high. Seoul’s Kospi led the way, charging 4% higher, also to a record high. In Tokyo, the Nikkei added 2.36%, hitting its highest level since August 1990. The dollar-denominated Nikkei share average rose above its 1989 peak to a record high.

Hong Kong’s Hang Seng rose 1.05% despite reports the Trump administration was considering banning U.S. entities from investing in an expanded list of Chinese companies in the waning days of the presidency, and despite the removal of major Chinese telecoms firms from FTSE Russell and MSCI indexes.

Chinese blue-chip shares pulled back 0.7% as investors booked profits after the index finished at a 13-year high a day earlier. On Thursday, the Dow Jones Industrial Average rose 0.69%, the S&P 500 gained 1.48% and the Nasdaq Composite added 2.56% – with all three indexes finishing at record closing highs. The gains follow expectations that Democratic control of both U.S. houses of Congress will help the party of President-elect Joe Biden push through larger fiscal stimulus and comes despite political unrest in Washington, DC.

U.S. government officials have begun weighing removing President Donald Trump from office before Biden’s inauguration date of Jan. 20, after Trump supporters stormed the U.S. Capitol building. Rising risk appetite weighed on bonds, pushing benchmark U.S. yields higher. Ten-year notes yielded 1.1% on Friday, up from 1.017% on Thursday. The 30-year bond yielded 1.8768%, up from 1.845% Thursday. The dollar held onto its gains helped by the rising yields. The dollar index edged up against a basket of currencies to 89.836 with the euro down 0.07% to $1.2262. The greenback was up by 0.1% against the yen to 103.90.

As the stock market has convulsed lower and yields for bonds have surged in recent ...
By
5 hours ago

The 4% Rule Might Not Work, This Retirement Expert Says. Here’s His Strategy for a Downturn.