By
Share
The launch of Chicago Mercantile Group’s highly anticipated Ether futures saw more than $30 million worth of contracts traded during the first day of trade. Launched on Feb. 8, CME’s new Ether product saw 388 contracts traded in its first day, with 303 of the contracts being mobilized to speculate on February’s price. While 84 contracts expiring in March were also traded, only a single April contract changed hands. 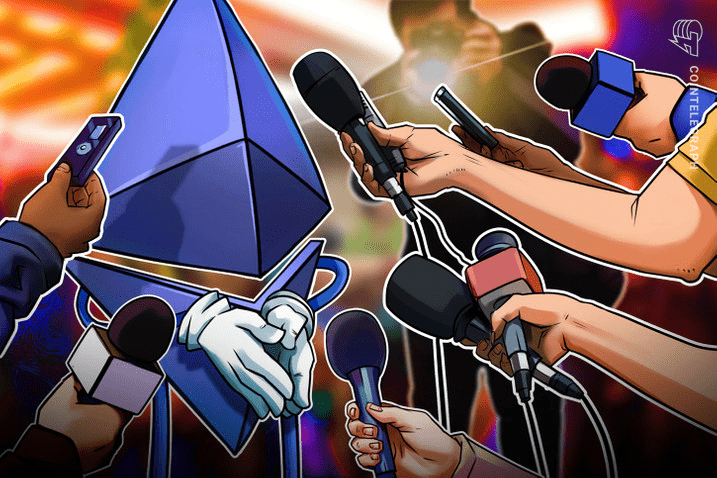 Each of CME’s contracts represents 50 Ether, with the exchange setting the minimum trade value at five contracts — worth more than $450,000 at current prices. CME’s ETH futures last traded for $1,826.5, a 1.5% price premium over the spot markets. With the majority of contracts traded set to expire in February, traders appear to be speculating that Ether will close the month near its current price levels.

The days leading up to the launch saw significant bullish momentum for Ethereum, with price rallying into new all-time highs above $1,500 and social engagement at unprecedented levels.

According to Blockchain Center’s “Flippening Index,” which seeks to measure Ethereum’s strength relative to Bitcoin by eight key metrics, Ethereum has already overtaken Bitcoin by half of its indicators — transaction count, node count, transaction volume, and total transaction fees.

The index ranked Ethereum’s Google search interest and market cap at roughly one-quarter of Bitcoin’s, while Ether active addresses are at 53% and trade volume is at 74%. All told the Flippening Index is currently sitting at an all-time high of 72.4%.

Spirit Just Got a Better Bid From Frontier. Its Stock Is Dropping.

Spirit Just Got a Better Bid From Frontier. Its Stock Is Dropping.