By
Share
The turmoil in the USA with the storming the Capitol by Trump supporters had no lasting and visible impact on markets apart from a brief pull of the dollar and a sell-off in markets in favour of defensive assets. However, it was more like a minor bump in the road rather than a turning point.

Much more attention should be paid to the market impact of Democrats dominance in US politics. This trend was formed earlier last year and could accelerate sharply on the expectation that Democrats can now pass important legislation quicker. 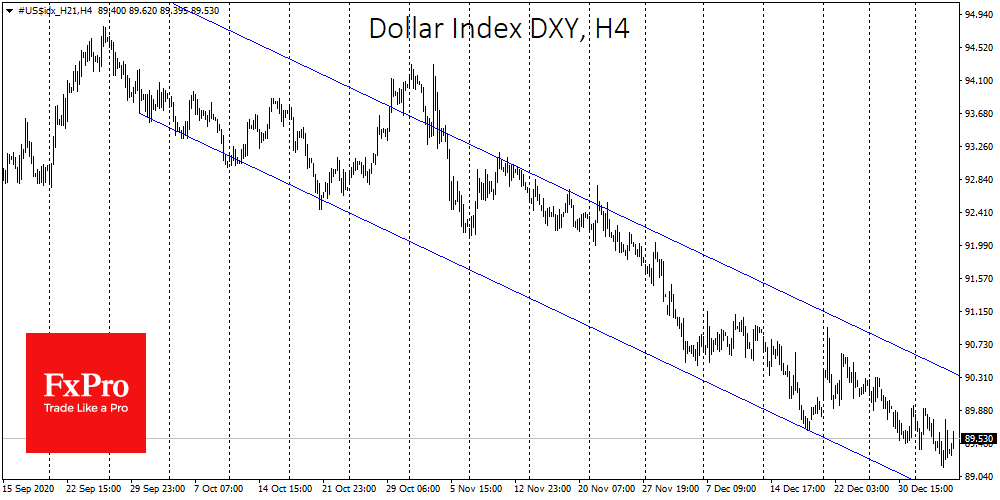 Shortly before Georgia’s election, Biden promised $2,000 stimulus checks in the event of a Democrat majority in the Senate. Political analysts expect overall US government support spending to seriously increase in the coming years.

The Fed is also expected to expand QE to keep the government’s debt service costs under control via low rates thanks to a massive government bond-buying programme.

This is bad news for the dollar. The US currency has been steadily losing against a basket of the world’s major currencies (DXY) since late May, but a meaningful break in the trading range came in June when investors began to pivot on the loss of their ruling Republican positions amid protests in the US.

The dollar index had dipped below 90 at the start of the year, where it last traded in April 2015. An important area of early 2018 lows is at 89, half a percentage point below current levels. 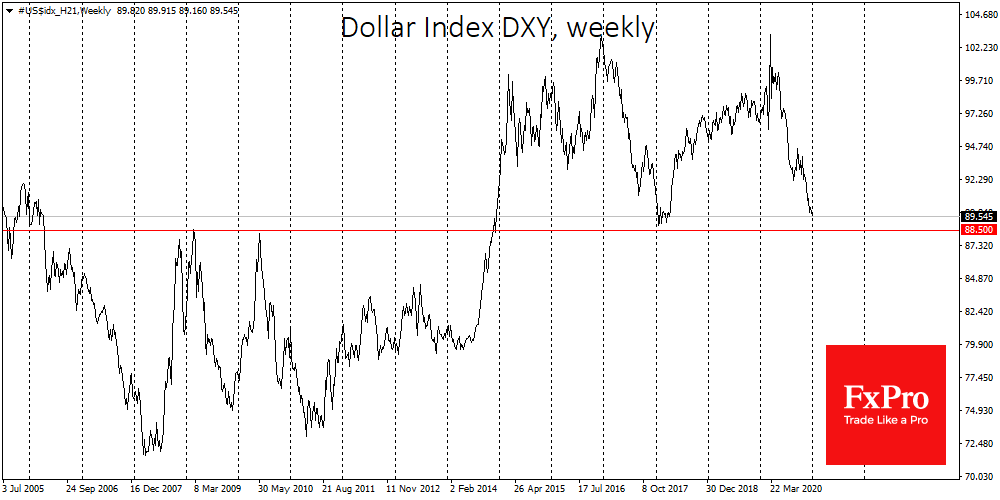 A decisive dip below this level risks accelerating the dollar’s sell-off, potentially sending the DXY in search of the next ‘bottom’. Potential downside targets could be the 2014 consolidation levels, at 80 on the index. From these levels, the dollar started the 2014 surge after signals of QE winding down. From this perspective, it would be symbolic if a return to the starting point takes place in anticipation of a new Fed balance sheet expansion package.

So far we have a little signal from the Fed to change the parameters of the programme after yesterday’s publication of the minutes of the December FOMC meeting. However, in less than three weeks, on the 27th of January, the January meeting results will be released where new information will be taken into account. It will include clear information on the labour market where disturbing developments are emerging.

ADP data yesterday highlighted a 123k drop in December employment, the first drop in private sector employment since April. The labour market has a significant impact on FOMC decisions, so Friday’s official data could have a strong impact on the dollar and markets if the facts diverge from the now expected average forecast of 69k employment growth in December.