By
Share
Shares of companies that have invested in bitcoin have vastly outperformed on Wall Street in 2021 and are extending their gains thanks to Tesla’s $1.5 billion bet on the soaring digital currency. The price of bitcoin hit a record high over $48,000 on Tuesday in a two-day surge after Tesla said on Monday that it had bought the digital currency and would soon accept it as a form of payment for cars. 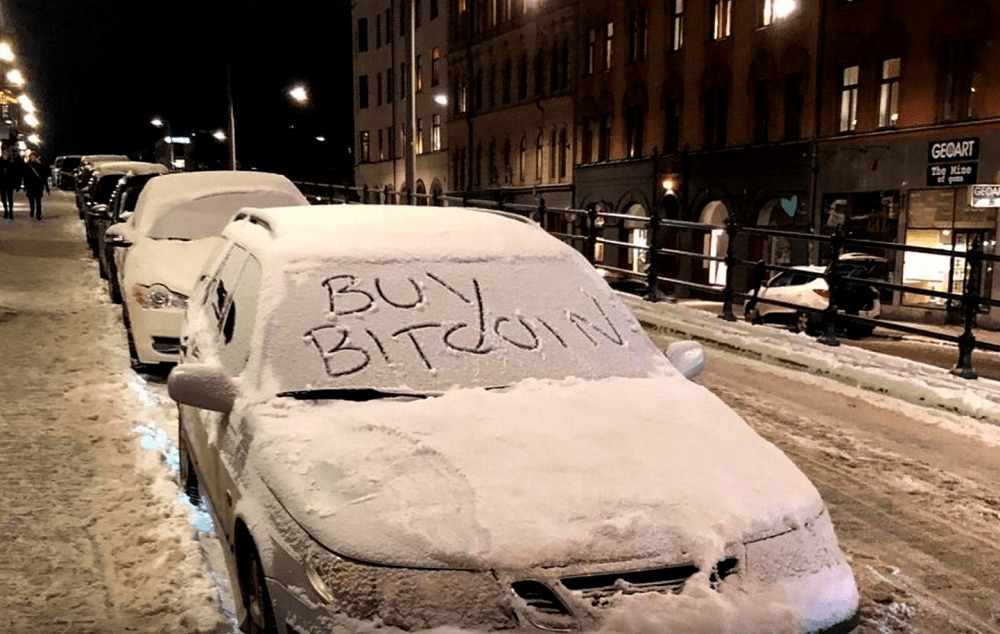 A handful of bitcoin-related companies listed on U.S. stock exchanges were also buoyed by the disclosure that Tesla CEO Elon Musk, a fan of cryptocurrencies, added bitcoin to the electric car maker’s balance sheet. Tesla’s bitcoin purchase amounts to a minor bet for the fast-growing electric car company with an $800 billion stock market value. However, it bolstered the digital currency’s emerging credentials as a mainstream financial asset.

Driven in part by interest from institutional investors, the price of bitcoin has quadrupled in the past four months, surging far beyond record highs set in 2017. Some investors view it a hedge against inflation.

MicroStrategy, whose CEO Michael Saylor is an avid bitcoin bull, surged 22% on Tuesday, bringing its gain this week to over 50%, and it has surged over 200% so far in 2021. The business intelligence software company has bought about 71,079 bitcoins, now worth over $3 billion and equivalent to over a quarter of its $11.8 billion stock market value.

Canadian financial technology firm Mogo, which in December said it would invest up to 1.5 million Canadian dollars in bitcoin, jumped 45% on Tuesday, bringing its gain since Tesla’s announcement to 85% and giving it a stock market value of $318 million.

Payments company Square dipped almost 1%, leaving its 2021 gain at 19%. In October, Square said it bought 4,709 bitcoins for about $50 million, amounting to about 1% of its total assets at the end of the second quarter of 2020. Those bitcoins are now worth over $200 million.

Marathon Patent Group, a bitcoin mining company that in January announced it bought nearly 4,900 bitcoins for $150 million, has jumped over 60% this week and is up 260% year to date.

PayPal Holdings joined the cryptocurrency market in October, allowing customers to buy, sell and hold bitcoin and other virtual coins using the U.S. digital payments company’s online wallets. Its stock has surged 21% in 2021.

TipRanks ‘Perfect 10’ List: These 2 Stocks Tick All the Boxes

Metals Haven’t Crashed This Hard Since the Great Recession

TipRanks ‘Perfect 10’ List: These 2 Stocks Tick All the Boxes